Aug 12, 2020 7:52 pm Alice Carkeet 26064
Sadly, this week it has come to my attention that there is a mass exodus of expatriates leaving; expatriates who have called North Cyprus their home for twelve, fifteen or more years. 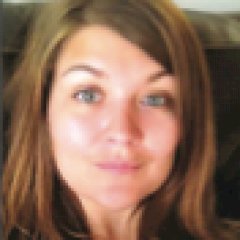 Understandably, we live in a transient society. People come and go every year, but it feels like a considerable amount of expatriates are choosing other countries to now call home.

Countries they feel will look after them once we leave the EU is a valid reason, as well as personal circumstances, grandchildren and health reasons. But I am hearing one sentence more and more ‘we are being treated like cash cows’.

The reoccurring problems here are like a broken record. I am not going to keep repeating the obvious reasons, borders, direct flights and the lira rate of exchange. I believe the reasons are rooted deeper. The North Cypriot government have lost their way! More concerned with casinos, building new hotels and money, we need less of the first two and more of the latter. The government are not tackling the issues head on. Are they afraid of hurting or offending anyone? Where has the fight gone?  We need to fight back, and the first fight should be the border’s opening!

The question is when will they start fighting back? It could be little too late! Using the excuse that the crossing restrictions at the Green Line have been imposed on public heath grounds is absolute nonsense. According to emails sent from the Europe Direct Contact Centre “The restrictions have been implemented under exceptional circumstances to respond to situations seriously affecting public policy or internal security as a last resort measure.” Sadly, the Southern Cypriot government have found their exceptional circumstances. They found a perfect time to strike and have taken the opportunity, something they have wanted to do ever since the border opened. In doing so they have received little or no opposition and no international criticism from Europe or the United Nations.

The border being closed is causing a huge issue, and is no doubt the final push for many ex-patriots who have contemplated moving. Many rely on the Larnaca and Paphos routes staying open for ease of travel. The five-hour Easyjet flight is a far cheaper option than the one route in on Turkish Airlines at the moment. I would always much rather fly into Ercan, and often do not mind the stop over in Istanbul but it is at such an extortionate cost. It is now easier and more cost effective to consider a move to other EU countries where perhaps your money, time and effort will not just go further but will also be appreciated.

The current worldwide pandemic has hit the economy hard here, with many restaurants and businesses closing. The government have still not done anything to help. Effectively this country is bankrupt, relying heavily on money being sent over from Turkey. Many retired ex-pats believe they are ‘propping up the economy’ by spending their money and pensions on household bills, at local businesses, and paying property or car tax.

This money is not going to support a country and its economy, especially in these hard and trying times. When you look past the sunshine, sea and beautiful scenery you have a struggling third world country that is not prepared or ready to be brought into the 21st century.

In the next six months UK citizens will be walking into unknown territory with Brexit. We are still yet unsure as to how this will affect our freedom of movement living outside of the UK. The new residency rules implemented here are fair and in keeping with other countries in EU. However, some ex-pats are not yet seeing the benefits of staying in North Cyprus and are choosing to seek other opportunities. Which is a great detriment to the country.

Unless the government seeks to listen and change, the issues will remain the same for many years and will continue on for many more.  Perhaps they have something up their sleeves which will encourage new people to move, invest their time and hard earned money; qualities that will propel the North into a country ready to face the upcoming challenges of the 21st Century.