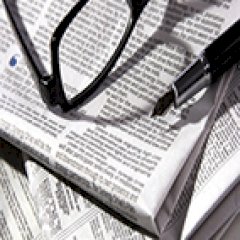 THE tensions in the Eastern Mediterranean (“East Med”) date back to the Greek Cypriot Administration of Southern Cyprus’s (GCASC) activities to open tenders for the 12 hydrocarbon blocks located in the southern East Med in 2007.

The tension increased when the tenders resulted in the formation of consortiums with different countries all over the world including (but notlimited to)the USA, the UK, Qatar, France, Italy, Russia, Israel and South Korea and explorationefforts created by the GCASC unilaterally without considering the Turkish Republic of Northern Cyprus’ (TRNC) and Republic of Turkey’s rights within the region.

Then, several explanations were made regarding Turkey’s attemptto stop the Italian company Enifrom exploring for natural gas in 2018 and make it withdraw from the region off the coast of Gazimağusa (by declaring a Navtex).

There were debates over whether or not Turkey’s move was legal if Turkey had the right to stop such operations.

Last year the consortium of Qatar National Oil and Exxon Mobil commenced drilling off the coast of Egypt. More recently, the Fatih and Yavuz drilling vessels of Turkey started operations in the TRNC’s and Turkey’s continental shelf.

These haveraised several discussions within the context of all the aforementioned operations in the region. Then the tension increased even more when the coastal countries of the Mediterranean started to sign bilateral agreements to announce maritime jurisdictions and “exclusive economic zones” (EEZ). The main discussion point is whether Turkey’s operations are legal or not pursuant to international law and its instruments, the International Court of Justice (ICJ) decisions and the law of the seas.

Relations were strained, especially after the GCASC issued an arrest warrant for the Fatihdrill ship’s personnel and the European Union’s decision and announcement that the operation of Fatih is in breach of EU law and that it will impose restrictions against Turkey.

This once again highlighted the need to examine the elements in determining maritime jurisdictions ofthe states and the right to declare EEZs.

Turkey has not signed either conventions and has not been a party to them. Greece and the GCASC have been parties to the convention. UNCLOS has also been accepted by the European Union as part of EU legislation.

Turkey has not been a party to UNCLOS, especially due to the problem of the 12 islands and maritime jurisdiction issues with Greece and its proximity to other countries in the Aegean Sea.

But in general Turkey has implemented the main rules and precedents of both UNCLOS, the Geneva Convention and international law. Therefore, it cannot be said that Turkey has no right to declare maritime jurisdictions by signing bilateral agreements with other states and operating within its continental shelf.

It is also important to state that both conventions do ensure the principle of not violating the other states’ maritime jurisdictions while signing and/or declaring the EEZ.

The issue of maritime jurisdiction between Turkey and the GCASC begun with the GCASC’s announcement of a 200-mile-wide EEZ and the EEZ agreement signed with Egypt in 2003.

With a unilateral decision in 2013, the GCASC tendered the remaining areas around Cyprus, mainly in the southern part, to various foreign national consortiums by opening them to unilateral tenders.

Meanwhile TPAO, the national oil company in Turkey, was given the authority to search under licences issued by the TRNC as part of a bilateral agreement signed between the governments of Turkey and the TRNC in 2011.

The GCASC has signed EEZ agreements with many countries in the East Med, for instance with Israel and Egypt. This has made maritime jurisdictions in the East Med increasingly complicated because there are multiple countries in that violate each other’s maritime borders. For example, Turkey-Egypt and Syria-Lebanon’s EEZs are intermingled.

Through domestic legislation, the GCASC declared in 2007 that five of the 13 hydrocarbon exploration blocks (1,4,5, 6 and 7) are within the borders drawn south of the island. These blocks overlap with Turkey’s continental shelf, all of which the TRNC has rights too as well.

As it is known, the situation caused by the lack of the TRNC’s recognition is another reason for this conflict.

While there were discussions during bilateral talks on the Cyprus Problem within the course of Crans Montana, in 2017, that the hydrocarbons issue will be a peace-making factor in reaching a solution to the “Cyprus Problem” and that pipeline via Turkey is the most cost-effective option, the GCASC met with Egypt and Greece in September 2018 to agree on the pipeline transport of natural gas from the Aphrodite Field over Egypt. As well as this meeting, Greece, the GCASC and Israel signed the East Med Pipeline Agreement at the beginning of 2020.

Taking into account the East Med geography, the length of the crossing coastlines between many countries is less than 400 nautical miles.

For this reason, mutual agreement is required to determine the limits of the EEZ of the states in this region. In this context, Turkey did not go on the path of a general EEZ announcement in the East Med but preferred to sign EEZ agreements, such as the most recent one with Libya (which was accepted by United Nations recently).

However, Egypt, Israel and Lebanon, and the GCASC in particular, have gone on to declare the EEZ by bilateral agreements, ignoring the rights of Turkey and TRNC in the region.

Greece, on the other hand, has not officially declared an EEZ in the East Med since it is not a coastal state to the East Med, but as the maps published by EU institutions show, Greece is trying to dictate an EEZ at the field south of the island of Meis (Kastellorizo).

Turkey’s rights arising from international law related to the continental shelf and EEZ can be listed as follows: the principle of equity in resolving such disputes and the equal monitoring of the rights of the parties; the fact that the East Med is a semi-closed sea; that the limitation in this sea must be done within special circumstances; and that the limitations on maritime jurisdictions cannot be done unilaterally by the states.

Similar examples have the view that the principle of equity should be based on exemplary judgments of the ICJ regarding limitation of maritime jurisdictions in the East Med.

For example, in the case of determining the continental shelf between Germany, Denmark and the Netherlands, that have coastlines to the North Sea, the main argument from the parties was that it should be determined according to the method of equal distance.

In response to the arguments put forward by the parties, the ICJ made the following determinations: the main element in determining the continental shelf is the basis of being the natural extension of the land territory and not violating the natural extension of another state. The ICJ has decided that it is not mandatory to implement the equal distance method in Article 6 of the Geneva Convention on the limitation of the continental shelf and that it cannot be decided according to a single method of limitation in terms of such disputes.

Especially according to the ICJ judgments and international law rules, it is clear that Turkey’s drilling operations with the Fatih and Yavuz do not violate international law, given that it is within its continental shelf.

Therefore, in the light of the above, it is clear that the hydrocarbon drilling activities of Turkey in the East Med are legal and that the ongoing discussions are mainly a part of political and martial positions of the Mediterranean states.

Bilun Elmacıoğlu (LL.B, LL.M) is the founding partner of the Elmacıoğlu Law Office in İstanbul. After graduating from TürkMaarif College in Lefkoşa she obtained a law degree from Turkey’s Marmara University before completing her Master of Laws (LL.M) degree at the University of Aberdeen in Scotland, focusing on international private and public law. Her main focus is maritime law, international law, energy law and corporate law with a wide range of experience gained in ship owner and oil and gas companies.